On September 13, 2019, the U.S. Food and Drug Administration (FDA) announced the discovery of the carcinogenic pollutant N-nitrosodimethylamine (NDMA) in Zantac (ranitidine), a common over-the-counter and prescription acid drug. version. In April 2020, the FDA announced that all over-the-counter Zantac acid drugs should be immediately withdrawn from the market due to possible contamination with NDMA, a cancer-related chemical.

The first lawsuit against Zantac was filed in California in 2019. In the lawsuit, the plaintiffs accused drugmakers such as Sanofi of manufacturing, trading, and selling products they knew or should have known were contaminated with cancer-industrial chemicals.

However, many people also file Zantac heartburn medicine lawsuits via https://www.zantacantacidcancerlawsuit.com/heartburn-medicine-cancer.asp so as to get compensation for the losses they have faced due to this. Despite the availability of this information, drug manufacturers have chosen not to disclose these risks to governments or consumers. 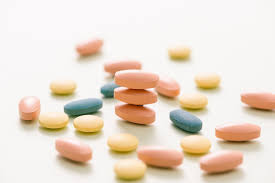 What injuries and side effects are caused by Zantac and NDMA?

Other side effects associated with Zantac include: