Because of their complexity, specificity and validity, as well as the lack of molecular markers, our knowledge about stem cell identification is limited. Additionally, the marker profiles of stem cells often change depending on where they originated. You can know more about stem cell marker antibody via www.bosterbio.com/anti-podocalyxin-podxl-hematopoietic-stem-cell-marker-antibody-m03359-boster.html. 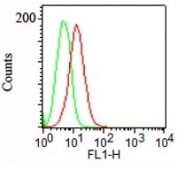 Although we don't have much information about the function of markers, our ability to use their unique expression patterns and timing as a tool for identifying and isolating stem cells is possible. This review explores a number of marker systems for the identification/isolation and characterization of adult and embryonic stem cell.

These transcription factors suppress genes that cause differentiation and maintain pluripotency. The embryonic stem cells are responsible for forming the germ layers. These layers include mesoderm (ectoderm), endoderm (mesoderm) and ectoderm (endoderm). The dorsal portion of ectoderm can become neuroectoderm.

This will then undergo neurulation and encephalization, which will eventually lead to the development into the central nervous system. Multipotent cells, the neural stem cells, are capable of generating a variety of neural cells during neurogenesis. They include neurons, astrocytes, and oligodendrocytes.