The earliest known gas mask was built in Iraq in the 9th century to protect people working in polluted wells. In the 17th century, plague doctors wore bird-shaped masks filled with herbs to protect them from getting sick.

However, it wasn’t until the 18th century that the first respirator was invented by Jean-François Pilâtre de Rozier. Primitive respirators were often used by miners in the late 1700s.

By the middle of the 19th century, the gas mask construction we are now all familiar with was patented. It was designed to filter dust from the air inhaled by the wearer. In 1914, Garrett Morgan invented a gas mask hood that hung to the ground to protect against smoke inhalation. 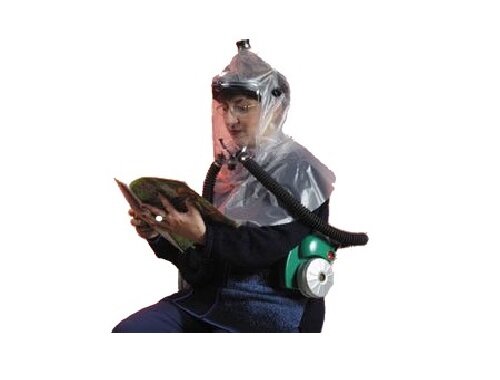 Later this mask had its own air supply added, and soon later, in 1915, Nikolay Zelinsky invented the first gas mask to use activated charcoal to filter out toxic gases and help with the war effort with the introduction of chemical warfare agents to the battlefield.

In 1943, a more modern gas mask was developed by the British Army. This mask was lighter, less bulky, and fitted to the face better than those used in World War I.

It allowed the use of a separate filter canister that could be replaced. It also allowed for protection against the new threats of nuclear and biological warfare contaminants. This became the standard during World War II.